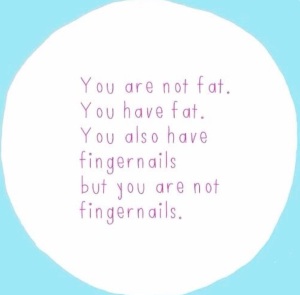 One of the first times I realized my weight gain was becoming noticeable came from my then five-year old son.  It’s funny how body type dysmorphic syndrome works.  Some people look in the mirror and see themselves as being extremely over weight even if they are not.  Others see themselves as thinner then they actually are.  I am the one who see themselves as thinner than they actually are.  I don’t know how I’ve missed it.  I’ve looked in several different mirrors all my life.   Anyway out of the blue, to my absolute horror and surprise, my precious little son says in the sweetest, most innocent little boy voice, “Mommy your pretty but your Butt is big”.   Are you kidding me?   Who was he comparing me to.    Snow White?   Cinderella?    He was only five for God’s sake. I was stunned. I was speechless in front of a child, my own child.  I don’t remember how I responded, I’m sure I immediately put him down for a nap so I could lick my wounds with a bowl of ice cream or something.  He is much older now and I have forgiven him but I still look at him in a funny way when I think about that story.